Getting to Schladming under the impression I got a photo pass for Pink’s final concert of her I’m not dead tour, just to find out her management decided to cut down 20 photographers, was a joy. Being frozen to death and sleepless set me in a cranky mood and I was prepared to break some necks. Never mind I did get a photo pass for a much more exclusive event – Pink opening the world’s first sound slope. All I really wanted was to stand on the other side of that steel fence, right under the stage. And the thing, that most of the people who know me well already know, is I hardly ever take no for an answer when it comes to things that matter that much to me. I got my photos. Details will be revealed 10 or 15 years from now. The subject isn’t ready for a discussion just yet. Maybe I should just mention how Pink first got Linda Perry’s telephone number. She stole it. Called her and left 10 minute long message on her answering machine. Linda called back the next day, saying she thinks she’s crazy and that she should stop by at her house someday. Obviously she did. And then? They made a world-wide selling record M!ssundaztood together, which became her biggest seller to date. It’s official now. Following the rules will get you nowhere. I’m not suggesting you should go over the bodies trying to catch your dream, but having your eyes open, looking for an alternative solution when everything else fails, is always a good choice. When you’re sure no one gets hurt, go for it. Dreams won’t linger around forever. 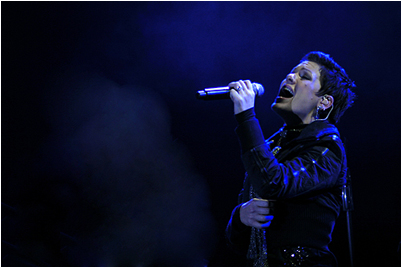 I was excited to see the whole first line occupied by the English invaders, most of whom I met at Pink’s amazing gig at Brixton. Big hug to Bex and the night was perfect. Till the point I’ve realized Pink is wearing my scarf. A scarf I throw on stage at that gig in London. 4 months ago!! I would recognize that scarf any day, since it’s old as hell and kind of torn apart at both ends. She kept it. She really did! So fucking unbelievable!! 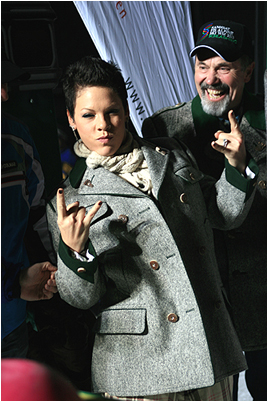 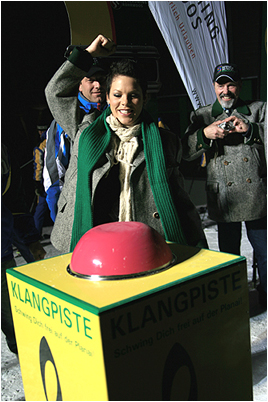 The opening of the sound slope was a torture. Imagine standing on the top of the snowy mountain (1894 m) with unbearable wind, waiting whit your camera ready. It’s amazing how all that ends when a certain person arrives. 😉 Pink got a new coat, a scarf and a hat, together with some very well thought questions from high class journalists. “What did you buy for Christmas?” … “Will you have a family soon?” … “Do you like to ski?” Impressive. All I was waiting for was: “Where did you get your name from?” No wonder she couldn’t wait for all of that to be over.

And what made that day one of the best days of my entire life, were my two best friends travelling with me. Laughing, swearing, freezing, loosing our minds together … I can’t imagine making my dream come true in a better company.